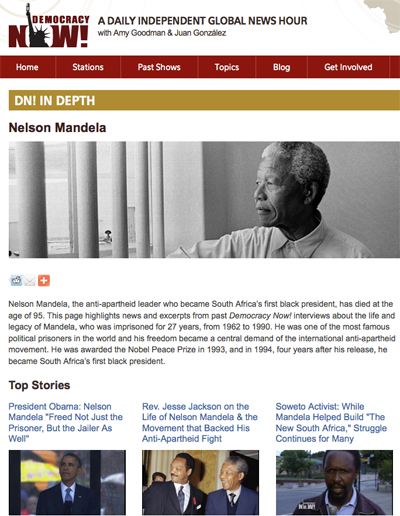 Former Haitian President Jean-Bertrand Aristide has decided to return to Haiti this week ahead of Sunday’s presidential runoff election. Aristide has lived in exile in South Africa since 2004, when he was ousted in a U.S.-backed coup. Despite U.S. pressure on the governments of Haiti and South Africa not to allow him to return, Aristide and his family are planning to leave on Thursday. Amy Goodman is in South Africa to cover Aristide’s return trip to Haiti. She joins us from Johannesburg along with K.K. Kean, an award-winning filmmaker.

The Sharpeville Massacre is remembered annually on 21 March – Human Rights Day. In order to pay tribute to those who lost their lives on this day, it is essential that we have an understanding of the context in which this event occurred. The year 1960 was a fateful year period for South Africa, and one that was to be inherent steeped in racial conflict, as foreseen in Harold Macmillian’s “winds of change” speech.