“Consumerism is part of some material I was trying to finish before I had to come in. We did our best to eek out a mix via verbal and emailed direction, thanks to the crew of surrogate ears on the other side. Letters From Exile is material written from a certain space, in a certain place. I felt the need to discuss the underlying socio-political, cultural paradigm as I saw it. I haven’t been able to watch the news too much recently, so I’m not hip on everything going on. But inspiration of this sort is a kind of news in and of itself, and often times contains an urgency that precedes what happens. I couldn’t imagine it not being relevant. Messages like these I imagine find their audience, or their audience finds them, like water seeking it’s level.”

“Lives of great men all remind us; we can make our lives sublime,
and, departing, leave behind us, footprints on the sands of time.”
– Henry Wadsworth Longfellow 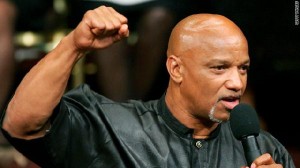 Many speakers reminded us we best honor him by honoring that part of ourselves that also seeks Freedom and knows that to that end, there is still much work to be done.

Pratt, the target of the notorious FBI COINTELPRO program, served 27 years behind bars for a murder he did not commit. His conviction was overturned in 1997. He won a $4.5 million judgment against the City of Los Angeles and the FBI after his release. He had been splitting his time between his childhood home in Morgan City, Louisiana and a community founded by former Panther Pete O’Neal outside Arusha, Tanzania in East Africa. He died there in June of malaria.