Since Monday rumors had been circulating via Twitter and Facebook that legendary trumpeter Donald Byrd had passed away but for the past few days none of these reports of the jazz musician and educator extraordinaire’s passing were confirmed and even considered some kind of cruel hoax. However today all those rumors were put to rest when confirmation of Byrd’s passing was announced by the artist’s nephew Alex Bugnon who said that his 80 year uncle had indeed died on Monday, February 4th, adding that for some reason other family members were trying to shroud his passing in secrecy. “I have no more patience for this unnecessary shroud of secrecy placed over his death by certain members of his immediate family,” wrote his nephew. So far the exact cause of death has not been made public.

Born Donaldson Toussaint L’Ouverture Byrd II in Detroit, Michigan in December 1932 Donald Bryd was a one of a kind trumpeter whose work spanned several decades and genres. Byrd was known for not only for his indelible work in jazz (in a career in which he played alongside the likes of John Coltrane, Sonny Rollins, Eric Dolphy, Thelonious Monk, and Herbie Hancock), but also in RnB, soul, and funk. And of course hip-hop fans know his work from the countless times it has been sampled. Large Professor, Organized Konfusion, Black Moon, The Pharcyde, Nas, Public Enemy, Madlib, and Del Tha Funkee Homosapien are among the many that sampled him along with fellow late great Detroit artist J Dilla was who clearly influenced by Byrd: Byrd’s song “Think Twice” (below) was reworked/sampled by Dilla on the Welcome 2 Detroit track “Think Twice feat Dwele.” Furthermore the once popular acid jazz movement heavily built upon its sound via Byrd’s work. In recent decades Byrd was known as an educator lecturing at numerous institutions on music. 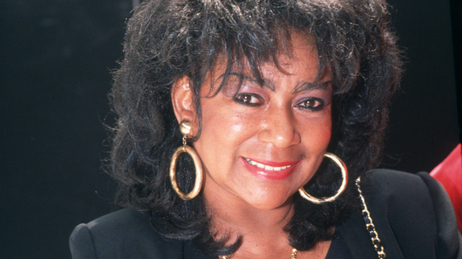 A little more than 20 years later she co-founded Sugar Hill Records and came up with the idea for the first commercially-successful hip-hop release, 1979’s “Rapper’s Delight,” by The Sugarhill Gang. Her label also signed Grandmaster Flash and the Furious Five, and released “The Message,” from the album of the same name, in 1982.

Robinson died Thursday morning at a New Jersey hospital at the age of 75.