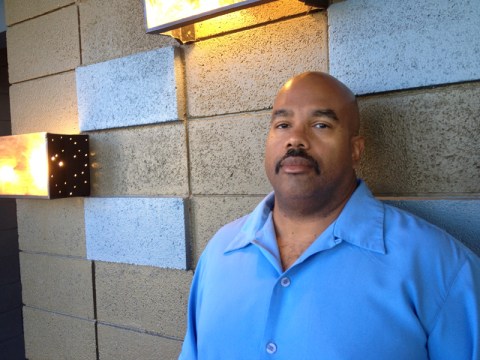 Several thousand demonstrators have joined a silent march down New York City’s Fifth Avenue to show their defiance of NYPD’s controversial “stop-and-frisk” policy, which they say discriminates against the city’s black and Latino communities.

I was excited when I saw the Mayor come here. I thought he was coming to engage the protesters or engage the occupiers and talk about their anger. But it seemed that he was just part of setting up the ruse. I guess today he didn’t want to be known in history as the person who squashed the movement. But, you know, all of the people who tried to set up the rules and regulations of how to protest might have been the same people who tried to stop the civil rights protesters, who tried to stop the women’s suffragist protesters, the people who put their hoses on and say, “You can’t march here, and you can’t do this.” You can’t give rules and regulations to a voice like this when people are suffering.