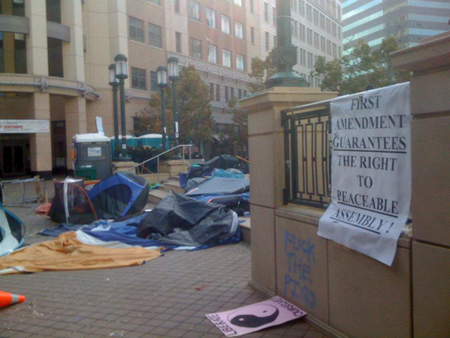 OAKLAND — Hundreds of police descended on Occupy Oakland early Tuesday and arrested at least 85 people, as protesters tried to hold them off with firecrackers, re-purposed police barriers, kitchen utensils and even the City Hall Christmas wreath.

Occupied Oakland Destroyed but a New Camp Will Arise
Via the Progressive.