Last month ABC’s 20/20 aired a special they called “Children of the Plains,” that portrayed the Lakota Indian reservation as a place that only dealt with crime, unemployment, alcoholism, overcrowded trailers and crumbling schools.

On Monday, young Native American students from Rosebud, South Dakota released a short video that challenged the claims made by “Children of the plains.” 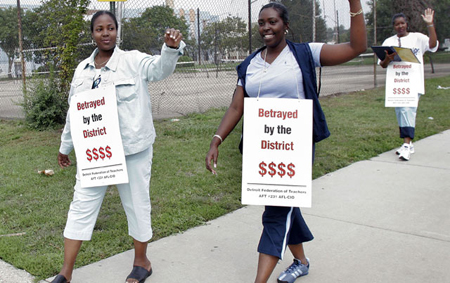 This is what the recession looks like in a country that’s decided to disinvest in public education. Reuters reports that Robert Bobb, the emergency financial manager appointed to address the Detroit’s bleeding public school system, has decided to send notices to all 5,466 unionized public school teachers. And 250 administrators will get layoff notices as well.