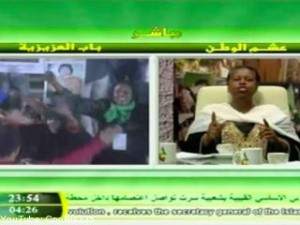 “I want to say categorically and very clearly that these policies of war … are not what the people of the United States stand for and it’s not what African-Americans stand for,” she told state TV.

“Under the economic policies of the Obama administration, those who have the least are losing the most. And those who have the most are getting even more,” she said. “The situation in the United States is becoming more dire for average ordinary Americans and the last thing we need to do is to spend money on death, destruction and war.”

See the video | News One.